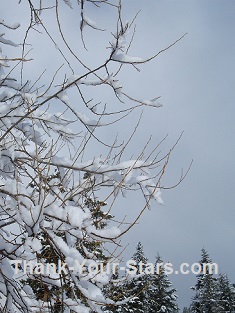 In a way, the history of Good Friday is shocking, even revolting.


Most of the first followers of Jesus could not bring themselves to be there on Calvary - with the exception of his mother Mary, John the beloved, and the holy women.


Crucifixion was a shame, a curse, an embarrassment - an unbelievable humiliation to family, relatives, and society - and of course, the victim, unless he was defiant.


Jesus was truly meek, led as a lamb to the slaughter - he opened not his mouth. (Isaiah 53:7)

To those who are perishing, the preaching of the cross and following a crucified Messiah, are considered a stumbling block and foolishness. But to those who are saved, it is the power of God. (1 Corinthians 1:18-31)

The Best Sources for the History of Good Friday

Nevertheless, because it is the central act of the God's justice being atoned - before our sins could be forgiven, before heaven can be opened to those who follow Jesus - all 4 gospel writers (evangelists) devote much writing to the details surrounding this great mystery of faith.

Jesus asked his followers to be witnesses to the truth. And for many - especially those suffering - the cross has become a consolation, a hope, and indeed, our salvation.


The Night before Good Friday

According to Hebrew reckoning, a day started on the evening of the day before.

The night before Good Friday, Jesus ate his last supper - the Passover meal - with his apostles. Once again, he announced his sufferings and death, which would begin a new and everlasting covenant between God and men. His shedding of blood - as a sacrifice victim of infinite value before God - would replace the Passover lamb.

Jesus prayed for his followers. He gave many teachings, especially on brotherly love, giving them an example by washing their feet, normally reserved to slaves or servants.

Later in the evening, Jesus prays in the Garden, is betrayed by Judas, and captured by his enemies. Jesus is spit upon, mocked, slapped, and beaten, and then locked in a dungeon, and endures illegal trials, hatred, blows.

A fuller explanation of this Thursday evening is found in What is Holy Week, Day 5.


The Early Morning of Good Friday

It will forever be the worst - and best - day in all of human history. It is the most important day ever, because it is the day of our redemption and salvation. God's justice would be satisfied against sin, sins could be forgiven, and heaven is open for those who believe and follow the teachings of Jesus.

But this was purchased by Jesus at a terrible price. Even after a lifetime of research, meditation, and prayer, we cannot begin to understand the depth of God's love, the horror of sin, the sufferings and agonies of Jesus, and how much he loved us.

Greater love no man shows, than he lay down his life for his friends. (John 15:13)

What about us, who were his enemies? God showed his great love for us, while we were yet sinners. (Romans 5:8)


Good Friday is a Mystery of Faith - and Love

Our redemption is truly a great mystery of faith, which we must believe, but cannot understand.

And Jesus did all of this, out of love for us.


A Condensed History of Good Friday

Based on the gospels, here is a short summary of the principal events of what happened on Good Friday.


Who Really did This? - Who is Responsible?

Each of these points, and many more, could provide a life-time of reflection.

We are the guilty ones. This is what our sins do to God.

The reality is, when we sin, when we break his laws, we offend an all-holy God.


The History of Good Friday can be Revolting

What happened on Good Friday is humanity at it's diabolical worse.

It goes totally against the grain of civility, justice, fairness, and any sense of decency. It is a story of brutality and diabolical torture and brutality, extreme agony, excruciating death, for the most innocent person in the world.

One old pastor told me, today people like to "clean up" the crucifixion of Jesus, with pretty figures on nice wood crosses. But the reality is, it was very messy.

So much evil was squeezed into "one-hell-packed-day." Yet God draws so much good from it.


Yet the History of Good Friday is Truly a Blessing

After all these blessings, it is foolish indeed to reject - or ignore - God's gift of salvation through Jesus Christ.

Jesus has done everything to prove his love for us. There is nothing else he can possible do. As God, he created us and gave us life. He does so much to provide for us.

Then he left heaven and came down to earth to redeem us from our sins. He was born as a baby, suffered all his life, taught us, prayed for us, suffered and died for us in the most horrible way, and rose from the dead, and promises us to also rise with him if we follow his teachings and example.

How ungrateful to reject his invitation to follow him.

Those who reject Christ go to hell. Hell is like an eternal crucifixion.


The Horror of Crucifixion

From the word crucifixion - to "fasten" or "affix on a cross," we get the word "ex-cruciat-ing."

Crucifixion is the most diabolically devised torment, straight from the pits of hell. The nails put every nerve on electrical shock-wave fire, with prolonged intense pain. A crucified victim could only take shallow breaths, by pulling himself up on the nails in his hands, and then putting the weight on the feet, over and over again.


Another Benefit of Jesus Death

At the time Jesus was crucified on the cross by the Romans, it was reserved for the worst of criminals. Roman citizens and soldiers were usually exempt. The Romans considered Jews as "foreign dogs," and crucifixion was very common for foreigners, criminals, slaves, and military deserters.

By Jesus dying on the cross, the cross became an object of devotion. He predicted some of his followers would be scourged, even crucified. But eventually the barbaric practice of crucifixion ended to a great degree, especially in the civilized world.


A Pastor's Story of Crucifixions

An old orthodox christian pastor told me a story their churches have passed on as a tradition.

One day, some years before the death of Jesus, Mary his mother saw all these people hanging on crosses by the side of the road. (Romans crucified people by roadsides, and left them die and rot, or get eaten by animals, as a lesson to the people. Many victims lived on the cross for 3 days or even longer before dying.)

Mary asked Jesus, when will all this stop? When will God deliver us?

Jesus said, Mother, you know how you pray every night secretly in your room, you put out your arms, asking God to keep me safe? Your prayers are keeping me from doing my work for my father.

Mary meditated and reflected on this. That night, with great difficulty, she prayed a different prayer. God, your will be done.

Shortly after, the father called Jesus to start his mission. Jesus began his public life of teaching and ministry, then was rejected by his own people, and was killed.

Jesus too struggled on the night before he died, 3 times asking God to remove the bitter chalice of suffering, but also praying, not my will, but yours be done.


A Reflection on Our Own Death

We all must die. Death is not as pretty and easy as we might think.

Reflecting on the death of Jesus will help us prepare for that all important last event, our own death - after which we are judged on our life, and then enter heaven or hell forever.

The prophet Zechariah prophesies that we shall mourn the death of Jesus as an only son, and be in bitterness, as for a firstborn. (Zechariah 12:10)

Blessed are those who mourn, they shall be comforted. (Matthew 5:4)

There is no greater person to weep for, than to mourn for Jesus.

But wait. Jesus going to Calvary, was thinking of others. He told the women of Jerusalem not to weep for him, but for themselves and their children, who would endure horrible things because the Jewish leaders and most of the city and nation had rejected him as Messiah. (Luke 23:27-31)

How do you mourn for those eternally lost in hell?

It is a great grace to reflect on these great Good Friday mysteries, such as the evil of sin, and the reality of hell.

I put some of these thoughts in a Good Friday poem.

On this day, the heavens could not endure any longer, as the sky grew black.

The earth could not bear it, as it quaked, and the rocks were torn.

But truly, we scarcely have a clue how truly bitter the cup of suffering was.

Thankfully, Jesus was strengthened by an angel in the garden of Gethsemane. (Luke 22:43)

And we, through prayer, can be helped in all our difficulties.