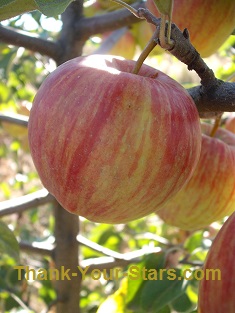 Ever wonder what is Independence Day?

What is the meaning of all the flags, fireworks, food, fun, and frivolity for all the family?

Actually, it's much more about freedom.

It's also about how this country, the United States of America, got started.

To do so, we'll take a quick look at the history of this important event.

In 1492, Columbus sailed the ocean blue ... and discovered America.

The news slowly spread, and more and more people came, mostly from countries in Europe, to work and live in the Americas.

The pilgrims came in the Mayflower in 1620.

For generations, things worked well, as many colonists from Britain came to live in the American colonies, became more or less Americans, who were more or less ruled from England.

Then the country of England started abusing the privilege of their rule - by imposing unjust taxes, taking away self-rule, and other injustices.

The revolutionary war began in 1775. It was started by colonists, and was to continue until 1783.


Independence Day is the Founding of our Nation

On July 2nd, 1776, the Congress of delegates from 13 colonies (actually 12, New York abstained) voted for freedom from the tyranny of English rule.

On July 4th, 1776, a declaration document was published, stating a long list of grievances against British rule, and was later signed by delegates.

Today we know it as the Declaration of Independence. Many consider this independence from England to be the founding of our country, when the colonies became a new nation.

And so, July 4th is when we celebrate the birthday of America.


Independence Day is a Declaration of Freedom

After many years of British rule, the colonies had enough. They had tried in many ways to warn England of its many abuses, its violations of people's lives and property. We would today call them human rights abuses.

England had become an arrogant empire. It would not concede. It would have to learn the hard way. Justice does prevail!

Good people united together to fight for freedom and justice. Many battles were won - and lost.

The revolutionary war, which the English escalated after the Declaration of Independence, united the colonies to defend freedom. They made great sacrifices, often losing property, and even their lives.

With the help of God, brave men and women fought and died, until the English were finally beaten, and our country was finally free.

Just a little note - Thank you, England, for all the good work your good people have done for us over the years, including the establishing of colonies in America.

In hindsight, we even thank God for when you exercised tyranny. This was allowed by God to make us a stronger, united, determined nation, which probably wouldn't have happened otherwise.

Independence Day is a Day to Honor our Heroes

All throughout the history of our nation, people have had to defend our freedoms from threats inside and outside our country.

We have many heroes - many famous ones, and many unsung heroes - people who are truly the defenders of freedom.

Don't forget, hunters and farmers. Without them, no one would eat.

And yes, parents and teachers. Without them, no one would be around to read the Declaration of Independence, much less, write it.

Without parents, no one would be around - period!

And definitely, without the help of God, and sometimes his miracles, this country of the United States of America would not have been born.

May God help each of us become a little hero, each of us doing our part to keep our country free, by prayer and work, by fidelity to duty, and helping each other reach our true destiny.

Learn more about the sacrifices of soldiers and their families in Memorial Day and Veterans Day.

God bless all our heroes, past, present, and future.