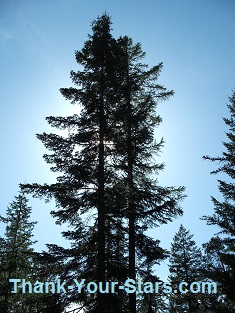 This is an unusual poem on Independence Day.

It comes from a mistake I had been making for months. Almost every time I typed "United" States of America into my writings, I typed it too fast and it came out "Untied" States of America. Same exact letters, just the "i" and "t" are switched, which makes an almost exactly opposite meaning!

It's a reminder to US Americans that if we neglect certain things, we could lose our rich heritage, our history, our culture, our freedoms - as many other countries in the world have already.

This should give us some pause for thinking. Maybe, we don't deserve to be united any more. If we become indifferent or ungrateful, God can always untie us real quick!

It is worth our time and effort for each of us to think on this and pray about it.

This poem ends in a prayer for unity.

Poems About America - The Source of Peace and Unity

Peace and Unity go hand in hand, you cannot have one without the other.

God alone is the source of peace and unity. He alone is perfect.

We men have a fallen human nature. We are sinners, needing God's salvation.

Even the best of people are sometimes fickle, temperamental, make poor judgments, make mistakes. Even with the best of intentions, we are limited, we can misunderstand, and others can suffer because of us.

All our efforts to peace and unity on our own are wasted.

All the efforts to world peace and unity are also wasted, UNLESS it is based on the laws of God.

If there is a resemblance of peace without God, it is a false peace, and will not last, and will bring no fruit for eternity.

A good comparison of man's peace and God's peace is the time Christ was born.

The Romans had declared a time of Roman peace, known today as Pax Romana. It simply meant that the Romans were not fighting any wars.

But during that time, Herod killed the innocent boys 2 years and younger in Bethlehem.

Roman citizens continued to have slaves (many individuals had thousands of slaves), some of them were terribly and unjustly treated and put to death, the Romans continued to execute many innocent victims, etc.

Jesus came on earth because He alone can bring true peace, He alone is the Prince of Peace.

In fact, the armies from Heaven praised God, announcing the Good News, saying, "Glory to God on high, and peace on earth to men of good will." (Luke 2:14)

By the way, the "Roman Peace" lasted only 7 years, about the longest in the history of Rome!


This Poem is a Lesson for US

What happened to Herod? He's dead. He was so cruel, he ordered people killed after he died just so someone would be crying at his funeral! He was so cruel, even he knew no one would want to cry at his good riddance. In fact, everyone would rejoice.

What happened to Rome, that great empire that became haughty and arrogant?

Many of the citizens became so wealthy, and lazy, and cruel, that they would see people kill each other, or animals fight to death with people, just for entertainment and sports.

But over time, barbarians came and destroyed them.


This Poem is a Reminder What Could Happen to US

Unless we recognize God as the source of unity, there is no unity.

Good people can never be truly united with wicked people.

People are only good when by the grace of God they follow his laws.

We must never sacrifice truth and justice and honesty and other values just to get along with people, just to look like we are united.

We can only enjoy true unity if we are united to God, even if we are in a minority.

Because God and one person with him makes a majority against the whole rest of the world, if need be.

God all by himself is infinitely more powerful and wise than billions, trillions and zillions of people put together.