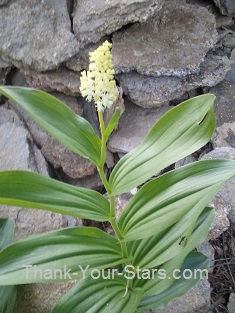 Palm Sunday has a very special meaning and significance for children.


In the first Palm Sunday story, children had a very special part.


In fact, Jesus even defended what the children were doing and saying, against some people who wanted them to stop.


Because of what Jesus said, this makes Palm Sunday a very special day for children.


Let's help our children celebrate Palm Sunday well. There are many lessons for our children, that can be turned into meaningful activities.

You may have heard the saying, "Children are the future."

Many parents want to make sure their children get a better education, have better jobs, and have more success than they themselves had the opportunity to receive. Parents should want what is best for their children, and hopefully, they will be rewarded for their sacrifices, and one day be truly proud of their children's - and grandchildren's - achievements.

When I was growing up, we used to hear religious people talk about how important is the training and education of children, because we were told that "children are the future of the church", and "children will become the future leaders of the church."

But this is not what Jesus says in the bible.

Children are not the future of the church, they are the church.

(And grownups can't get into heaven without becoming as little children. See below...)


What Jesus says about Children

In fact, the world probably should be destroyed many times over, because of it's wickedness, except for the innocence and prayers of children.

There's a story why Jesus said to let the little children come to him.

One day, not too long before Jesus died, parents came with their small children to have Jesus bless them. For whatever reason, Jesus' followers told them not to bother Jesus. Maybe Jesus was praying. Maybe he was very tired from all his walking, and was resting. Maybe he was busy talking with adults.

So Jesus corrected his followers, and told them not to stop children from coming to him, because the kingdom of heaven belongs to people like them.


Real Leaders have a Child-like spirit.

Another time, Jesus' followers asked him which of them was the greatest in the kingdom of heaven, and Jesus took a child and told them that unless they converted and became as little children, they would never get into heaven. Read the whole story in the bible (Matthew 18:1-10), to get some real no-nonsense teaching from Jesus about how terrible it will be for people who cause one of God's little ones to sin.

"Little ones" include adults who receive Christ's teachings with the faith and trust of a child, and obey Christ as a child should obey it's parents and teachers.


Jesus is Greeted by Children.

Some days before his death, Jesus and his followers traveled west, up to Jerusalem from Jericho. It was the final journey before his suffering and death in Jerusalem. As he approached Bethany and Bethphage, 2 small towns just east of Jerusalem, he told his followers to get 2 animals, a donkey and her colt. He was going to ride on the colt, which had never been ridden on before.

As Jesus came down the hill of Mount Olivet, the people in Jerusalem saw the procession and heard the mighty shouts of the people.

Tradition says that children came out to meet Jesus when he came. It is so strong a tradition, that some of the most ancient songs used in the Palm Sunday Liturgies, state: The children of the Hebrews went forth to meet the Lord with palm branches, and cried, Hosanna to the Son of David.

"Children of the Hebrews" can also include adults. For example, God often spoke to Moses to give directions to the children of Israel, meaning the descendants, the entire nation of Israel.

The triumphant happy procession ended just inside Jerusalem, at God's holy temple. There, Jesus cast out the buyers and sellers in the temple, and for the next several days before his death, he taught the people.

While he was teaching in the temple, blind and lame people came to him, and he healed them.

The leading priests and the teachers of the law saw these miracles, and heard even the little children shout the praises of God, shouting, Hosanna to the Son of David.

Seeing the miracles, and hearing the children praise their friend Jesus, made these men very, very angry. (They were filled with indignation.) They asked Jesus, Do you hear what these children are saying? (Matthew 21:15)

Yes! said Jesus. Haven't you ever read the scriptures? For it tells how God teaches children and infants to give him praise. (Matthew 21:16; Psalm 8:2)

If you read that Psalm, you find out that it is a prayer of David, giving praise and glory to God, who teaches children and nursing babies to give him praise. And they silence his enemies who were seeking revenge - no doubt a prediction of this very story of Jesus, who defended what the children were saying. (Psalm 8:2)

Children learn - take ownership of the concept being taught - in different ways.

For example, some children repeat what they're taught, in order to really learn it.

Some children love to act. They act things out or are in some way be involved in motion or action.

Acting out the story- such as in a play - can help children learn. They can see, hear, talk, and move at the same time. They're using their mind, imagination, and memory.

And it can be a lot of fun. Having fun helps learning a lot.


Ideas for Activities for Children on Palm Sunday

There are lots of ideas from the Palm Sunday story that would make a good skit or short play.


More Ideas for a Skit or Short Play

I included tips and ideas on having an impromptu skit or even a church play, in the story about a special Christmas play the children held in summer, making it a memorable Christmas in July for the children of our neighborhood.

May your Palm Sunday program for children, and all your efforts to bring children closer to God, be guided by the Holy Spirit and receive the blessing of God.